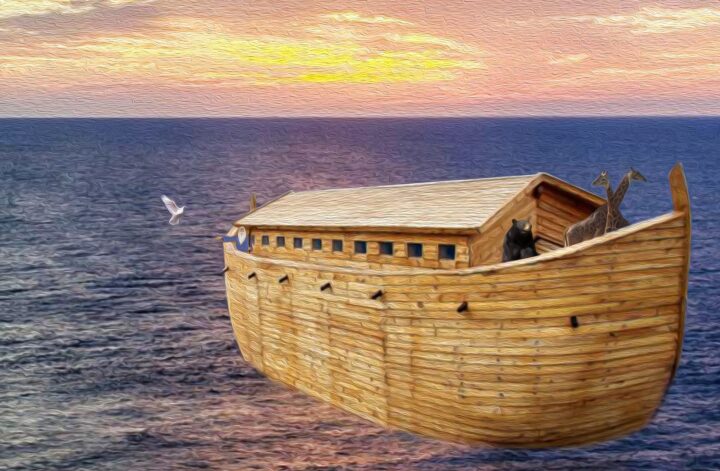 Is God warning us supernaturally? With the recent solar flares hitting into our atmosphere, the experts from NASA are baffled by this cataclysmic event. With all their billion dollars of equipment, nothing can measure the imminent dangers of these uncontrolled flares. There is no preparing for something so ominous that only God can control. St. Paul wrote to the Thessalonians warning them about the End Times. The Thessalonians misunderstood the eschatological vision of things to come in 1 Thessalonians; they believed the Second Coming of Jesus was just around the corner. The Thessalonians were so confused that they quit their jobs to wait for the Second Coming. St. Paul must have been so annoyed with their reactions because he had explained the importance of working, which also included labor for the Lord.  1 and and 2 Thessalonians were written in  50 A.D.  Thousands of years have passed since these writings, but the world is still waiting for the Second Coming. But who will be prepared?

For those who are not serving God, the Second Coming  can cause great distress. If you are in grave sin the dread of the unknown will torment your spirit. The Bible says that no one will know the day or the hour of the Second Coming.

Matthew 24:36 New American Bible (Revised Edition)
36 “But of that day and hour no one knows, neither the angels of heaven, nor the Son, but the Father alone.

We cannot suffer the Thessalonians’ syndrome by waiting for the End Times to arrive. We are to live a normal life and not be overly occupied with Jesus’ return. The Word of God says that we  are to occupy until He comes (Luke 19:13). We do this by living a chaste life that is in service to the Lord. Even though evil is more intense, we can recognize lawlessness as an instrument of the Devil. We must also keep in mind that these evil spirits lead people astray. You see, if you are not in the right frame of mind, the Devil loves to capture your attention through illusions that make sinners believe that this is the hand of God. Satan is a mind player who  rejoices when he encounters sinners with reprobate minds.

Many Christians have fallen into this cistern of darkness, spreading End Times fear like wildfire. Yes, today there are many signs but, just as in Noah’s day, people are not paying attention to the  obvious harbinger; instead they live a life of sin. It was in full sight: Noah built the ark, but to the rest of the population he was considered a fool.

I do not want to miss my ride on this ark. I purchased my ticket when I gave my life to Christ. I want my loved ones to make this trip with me. I can’t buy their tickets, but by praying for them I can save them seats.

When God instructed Noah to build the ark, He told him to make it out of gopherwood. The amazing thing about gopherwood is that this wood cannot be identified. So the gopherwood’s properties  are, to this day, unknown. Is it possible that this  tree’s species may have been destroyed in the flood? Though some Bible scholars believe that this was some type of cypress wood, there is no solid evidence  for their hypothesis. God knew what He was doing because this wood had to withstand 40 days of heavy rain.

Genesis 6:5-6 New American Bible (Revised Edition)
Warning of the Flood. 5 When the Lord saw how great the wickedness of human beings was on earth, and how every desire that their heart conceived was always nothing but evil, 6 the Lord regretted making human beings on the earth, and his heart was grieved.
Same Sin
The meaning of the word wickedness is to be morally wrong and deliberately intending to hurt people. The meaning for evil is to be morally bad and causing great harm, especially to society. We are living in the days of Noah, where evil and wickedness have converged and become one. This dysfunctional union has led many in the wrong direction. This is when Satan comes in for the kill. He is logical and a master manipulator; he can spin any evil to make it seem right. A perfect example of this is the controversial matter of transgenders. Nothing about this physical transformation  is going to change who you really are and how God created you to be. There is evil attached to this because when young people start taking puberty blockers all seems well, but it’s only a matter of time before suicide takes over their minds. The suicide rate for transgenders is 40%. Satan, the thief of sheep, claims another victory in his quest to rob, kill, and destroy (John 10:10).

The LGBQT community and supporters believe that they have science behind them. But according to Deacon Lappert, a speaker for “The International Courage and Encourage Conference,” “but  for transgenders do not! They will talk about having the science behind them, but what they have is the smallest level of scientific affirmation. The world literature is showing the opposite. Karolinska University Hospital in Stockholm has abandoned puberty blockers, for instance, along with Finland, Holland and the High Court in London.” These countries have stopped using puberty blockers because they realize the harm this is causing the youth. Many parents are sorely wrong in affirming their children’s desire to continue with this behavior. We are called to love our children and to teach them the truth. That truth will guide them to make the right decisions and may one day save their lives. Sadly, we have a president who mandates that all hospitals and doctors perform these procedures on our youth. In California our governor passed a law this past September;  AB 1184  states that children can bill their parents’ insurance without parental knowledge or consent  for gender-affirming services. This includes sex change operations, hormone therapy and abortions. This is evil personified! May God have mercy on Governor Newsom for allowing this wicked law to pass.

Sin has no covering. The world can attempt to create a safe haven for those who oppose the Word of God, but it never comes to fruition because the truth always prevails. ALWAYS!

Dear Heavenly Father, I ask that You prepare us for whatever is coming our way. Convert those who are deceived and misguided by Satan. Open their eyes to see the truth. For the parents who are affirming sin in their children’s lives, Lord, touch them with Your loving heart and teach them the truth. Allow these parents to operate in Your unconditional love. Teach them that truth will always prevail. I pray for all lost souls  that they would meet You at the foot of the Cross.  Amen!