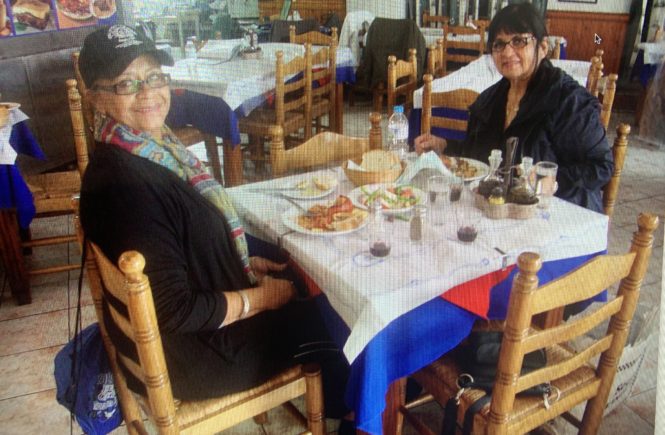 This was one of my first Blogs. This adventure to Patmos took place back in 2008, I added to the original story.

Our boat ride to Patmos was anything but uneventful. We were Izmir, Turkey, experiencing a different type of thunder storm, one that sounded more like an air raid with the loud popping sound of lightning shaking our hotel. We had to be up by 4:00 AM to allow for clearing customs for the departure to Patmos. My mind was filled with doubt about this trip. The unfamiliar weather played into my fear; we did, after all, have to pay a little extra to charter a boat off season to the remote island; things just did not feel right. As we approached the dock, a small, older boat was waiting for us to board. The vessel was bobbing wildly like a whale caught in a fishing net. I could not imagine how we could board the boat, let alone sail in it. We all needed assistance to get on the boat but not our leader Joanne. It seemed that as soon as she placed her jewel-studded shoes on the dock, it calmed down, like Jesus walking on water she was in. No sooner did the rage continue with waves splashing all over the deck. By the time I boarded, the ramp was being violently whipped up and down with huge swells beating the boat, Mother Nature’s heavy hand showed no mercy. We were told that instead of the usual three hours it was going to take five, and the theme song from “Gilligan’s Island” quickly flooded my brain,”A three-hour tour.” I found a spot to sit and started to pray, “Dear Lord, please forgive me for all the bad things I said about of some of the people on this trip.” It was not even 20 minutes when the dread of motion sickness set in. Like a chameleon, my color tone changed from yellow to green, and ridding myself  of the small morsel of breakfast was too much to bear. The W/C was located on the deck. Nothing about this boat was use- friendly. The Aegean Sea made me drunk, and like an inebriated sailor I struggled to go outside to free my stomach of the queasiness. As returned I wanted to check on an older lady from our team, but I dared not disturb her near-death experience. My roommate Alida, a nurse, needed to use the facilities, but she insisted on taking her personal toilet seat cover to the bathroom, I had to take a rain check on laughing.

By the time we finally docked the boat, I honestly felt like I got beat up by a strong man and lost the fight.

We were quickly ushered to the top the hill to St. John’s Monsatery,  where an unfriendly Greek Orthodox priest was guarding the door as we passed. He told us that we only had an hour because he was scheduled to teach a class. We all wanted to get the most out of the experience, and were taking in all of what our tour guide was explaining. I was in complete awe, touching the spot where St. John laid his head to rest, the makeshift granite table he used for writing. I was trying so hard to imagine what it must have been like, to be in the presence of God. The old apostle wrote the Book of Revelation in this cave, Jesus instructed him to write down these words. This was Jesus speaking to him! The voice so powerful that it cracked the granite overhead in three directions.

The strict Greek priest forbade us to take pictures, but we were not going to be denied. We hid our cameras and took pictures without flash. This was before phones had good cameras. For a special blessing I placed rosaries and handkerchiefs that I purchased in Ephesus on the table, where the apostle John wrote the Book of Revelation.  We prayed and could have stayed there for hours but the priest ushered us out and locked the doors behind him.

We had only a few hours before we boarded the boat from the nether world. Many of the shops were closed but I managed to find a store with original artwork. The only thing I could afford was a painted egg and an icon of John. The artist was out running an errand, so her husband, not realizing, sold me the egg with wet paint. When I got home, the gold frame came off along with the Greek newspaper it was wrapped in.

My roommate Alida wanted to experience Greek food, but we only had a half an hour to eat. By the time our food arrived, my head was still spinning from the ride down to Patmos. I did not enjoy one bite of the beautiful feast set before me, so I can never say how great the food was, just that it looked amazing.

We all boarded the small boat…well not all of us. Jane was missing. Other than the monastery, I could not remember seeing her after that. An hour went by and still no Jane. This is a small island, and for a person to go missing is really unusual. We needed to get back to Izmir before dark, so the last thing we wanted to experience was the bad attitude of the sea at night. We were well into the second hour of looking for Jane, when Joanne, the head of the ministry, decided to call the authorities. I volunteered to go up and down the streets of the smallest village one more time. I yelled, “Jane, Jane, we need to leave, where are you?” Suddenly, just a stone’s throw away from the boat, I found her. Jane was so sick that just like Rip Van Winkle, she  fell into a deep sleep. The bench where Jane was sleeping was hidden behind a shady tree. Jane never heard the commotion we made, yelling her name and nervously running around to find her.

The ride back was smooth sailing. I will always remember this wonderful experience. Years later, we returned but this time we had the cave all to ourselves for hours.

“On  the Lord’s Day I was in the spirit, and I heard behind me a loud voice like a trumpet, which said: “Write on a scroll what you see and sent it to the seven churches…” Rev. 1:10-11

Sleep Over At Grandma’s 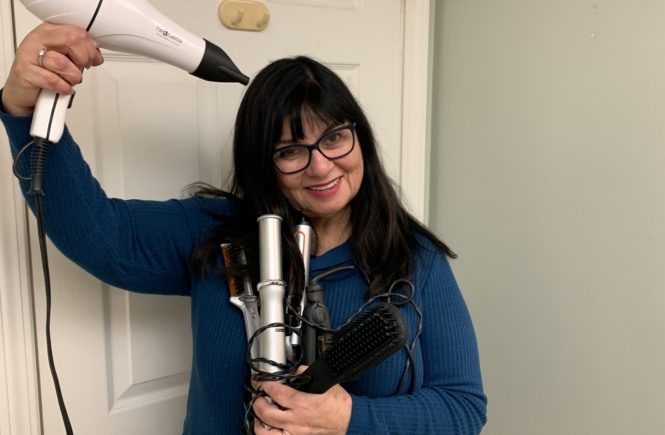 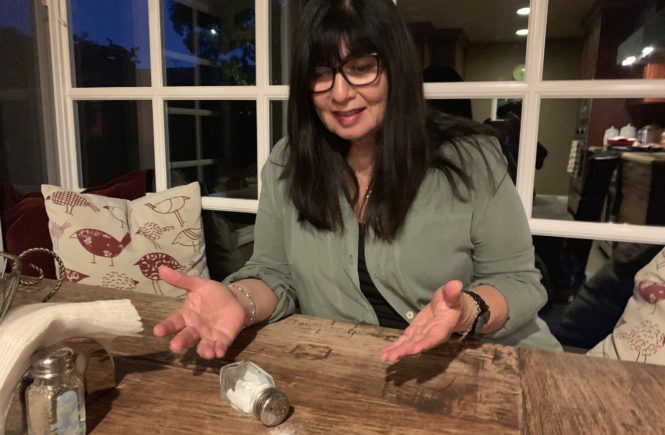