California: the State of Saints 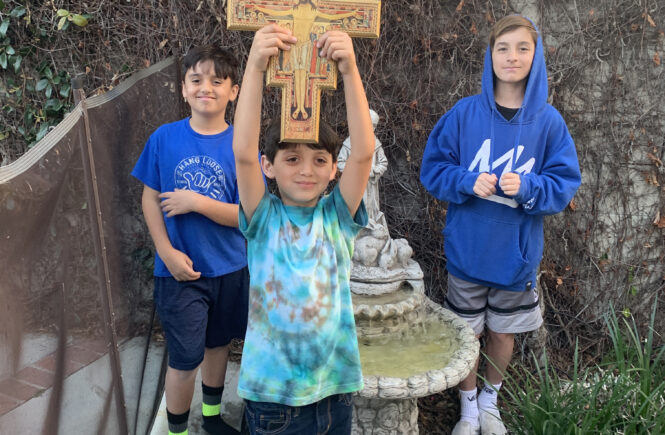 7 The Lord appeared to Abram and said, “To your offspring I will give this land.”So he built an altar there to the Lord, who had appeared to him.

Have you ever wondered why so many cities in the state of California have saints’ names? We can thank the Spaniards for this blessing. Though I live in the city of Orange, Santa Ana is just a stone’s throw away. I lived in the city of Colton for four years, but the neighboring city of San Bernardino is to the north. My Children were both born in Santa Barbara, so I have always felt a connection with this saint as well. These names were assigned by God’s providence. Los Angeles’ name translates as “‘the angels” but its original, God-given name is “Nuestra Señora de Los Angeles.” This city was named after our Blessed Mother Mary.

When Juan Junipero Serra arrived in Alta California his purpose was to convert the Native Indians to Catholicism. He brought with him a small specimen of a grape vine; he needed this to grow grapes for the wine used in the consecration of the Mass. Juan Junipero Serra, more than anything, was true to his Catholic beliefs. He was in his 50s when he first began his apostolic missionary work in California . He had one goal in mind: to preach the gospel of Jesus Christ and to teach the Indians about farming and cattle ranching. Father Serra was born in Mallorca, an island off of Spain. He was a university professor before he made his way to Mexico, his first mission. His calling was to convert the indigenous people of Mexico to the Catholic faith, but he was also called to plant churches. The world of the Aztecs was so much more ostentatious than that of  the Indians in Alta California. The churches in Mexico were more elaborate and ornately decorated because of the gold and silver resources available to them. The missions in California were simple, beautiful, and functional, built with adobe brick to sustain earthquakes and fires.  I thank God for Blessed Juan Junipero Serra for making our state hollowed ground. He consecrated nine of the 21 missions, but all are still operating parishes to this day. So many other contributions came because Father Serra answered his call to serve. Though he was only able to see the completion of nine missions, his work continued through the hands of other missionary priests.  The mission San Antonio de Padua was the first to manufacture red tile roofs, which are still very much a part of California’s architecture. Many historians will tell you how harshly the Indians were treated by the Spaniards, but the missionaries protected the wellbeing of the Indians. The Native Americans suffered from the cruelty of the Spanish soldiers, who did not have God in mind when taking advantage of the natives.

On May 20, 1810, Father Francisco Dumetz erected an altar and consecrated the land in the name of the patron San Bernardino of Siena. San Bernardino was a gifted preacher. He was called the “Apostle of Italy” because he reformed a great part of Italy and experienced miraculous conversions. San Bernardino is still a beautiful city at the foothills of the San Bernardino Mountains. San Bernardino, the saint, is interceding on behalf of his beloved namesake. I have roots in this city; I attended San Bernardino Valley College, and I love that from any location you could look up and see the majestic mountains. I don’t feel unsafe when visiting some parts of  San Bernardino, but it has changed dramatically and some areas of the city look neglected.

Santa Ana is named for St. Anne, Jesus’  grandmother; she comes from the lineage of David. She is the mother of Mary, who is the Mother of God. St. Anne and her husband Joachim could not conceive a child. While St. Anne and Joachim were  praying, an angel appeared to them and told them that they would have a child. They were both so overcome with joy at the news that St. Anne vowed to dedicate the child to God. At a very young age Mary was taken to the Temple and was raised by the Temple priest. Through this spiritual preparation she was set aside for holiness and became the Mother of God.

The Santa Ana River runs from the San Bernardino Mountains, makes its way through Riverside County, and cuts through the Northern Santa Ana Mountains via Santa Ana Canyon. The river continues through Orange County to its final destination, the Pacific Ocean.

Our tumultuous winds are also named after Santa Ana, and one of the main arteries running through California is called the Santa Ana Freeway  (Interstate 5).

St. Francis of Assisi was one of the most prolific saints; he loved nature and personified peace. St. Francis was born to a noble family and for the first part of his life he lived in sin. He was a “party animal.” Everyone who knew him loved him because he was gifted with a beautiful personality. He was known to always be happy; he was a charming leader. Francis was hand picked by God, Who spoke to him in a dream to redirect his life. One day he was praying at the San Damiano Church in Assisi. He heard Christ speak to him from the Crucifix saying, “Francis, repair my church.” At first Francis thought that Jesus was speaking of the San Damiano Church, but it was the “Catholic Church” Jesus was speaking of. Francis renounced all of his wayward ways and his wealth to serve the Lord. He is one of my favorite saints, not only because he is the patron saint of animals, but because of him the Holy Land’s Catholic churches are under the custody of the Franciscans.

San Francisco was one of my favorite cities to visit. We would make annual trips to celebrate my birthday and to go shopping for school clothes. Now, this city has decayed and is filthy and unsafe. I am no stranger to the problems of the homeless, but the pervasive atmosphere of the Satanic counter culture exacerbates the problems of the city. There is little evidence of spirituality. I know that not all of San Francisco is like this but Blessed Francis of Assisi, cries over his beloved city.

Our state capital bears the name of the Blessed Sacrament. This represents the body of Christ! A few years ago, I took a tour of our state capital . I walked into the rooms where life-changing decisions take place, where our elected officials take the role of orchestrating  the laws of this great state. I remember praying and thinking what a great opportunity to serve this  state. Directly to the left of the capital building, conveniently located to the east is the Cathedral of the Blessed Sacrament, where some legislators pray before making decisions.

What happened since the first mission in San Diego was built over 250 years ago? Our beautiful state has slowly shifted away from God. It’s almost as if an earthquake hit us in slow motion; we never saw it coming, so we never prepared for it. So here we are, still standing on hollowed ground. It took a while to recognize the damage caused by removing God and replacing Him with all these feel-good demigods. We need to reclaim our state and reestablish what God intended when He sent the first missionaries.

Dear Lord, right before our eyes our state has slipped into the hands of the Enemy. We, as your children, gather at the foot of Your Cross to pray for California. We ask Your mighty intercession to change our state and restore it to its original purpose. We call out to all the saints named in the cities, rivers, highways and byways to come alongside us to fix what is broken in our state. Each of these saints has a purpose for the cities that carry their name. Lord, please set a new fire of Your Holy Spirit to revive our state. Change the hearts of those who do not know You, and caused them to convert and to serve You. Just as Juan Junipero Serra was sent to California, send Your army of angels to fight for our state. Amen! 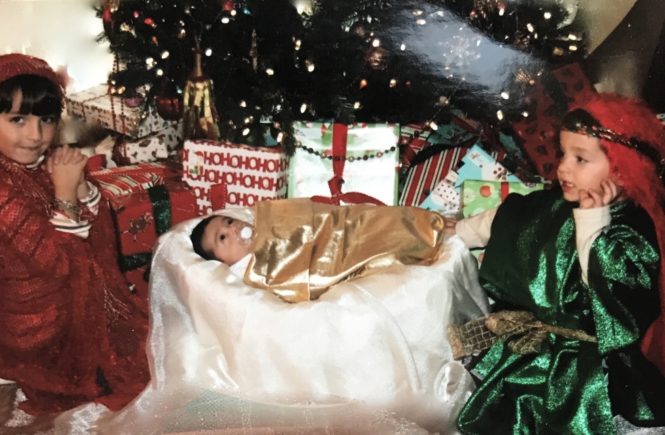 Skid Rowing in the City of Angels