When I need prayer I call a few dedicated prayer warriors to come alongside me, and many times I ask the intercession of saints to help my cause. There is a misconception about Catholics that we pray to saints; we do not. What we do is ask for their intercession. St. Faustina is one of my favorite saints. I would like to share  her story, and will do my best to open your hearts to this holy saint. St. Faustina was canonized on April 30, 2000 in Rome, and she  is to the history of the Catholic Church most influential in the teaching of Divine Mercy; this was her calling.

We were in Rome and were privileged to witness St. Fautina’s canonization. Our team arrived in Turin to visit the Cathedral of St. John the Baptist, at that time there was an exposition of the Holy Shroud of Turin. Mike (my husband) was meeting us there. From there we went to Rome, and the ride took almost the entire day but the view was scenic and bountiful to my eyes. I wanted to stop and stroll the streets of Genoa, but it was not to be, we had an assignment in Rome.

We settled in Rome at our usual hotel, Mike and I and the rest of the team had tickets to the audience with Pope John Paul II the following day. We had no idea that a canonization was to take place that day. I knew very little of  St. Faustina and was elated to be part of this great celebration. As we sat, a huge picture of St. Faustina was rolled down above St. Peter’s Cathedral in Rome. This was not a planned occurrence but rather God ordained, I knew then that I would have a special attachment with this humble servant of God.

Rome was bustling with these nuns with usually big headpieces, which resembled the ones used on the Flying Nun (old television program).These nuns were from Poland, and belong to The Sisters of Our Lady of Mercy, St. Faustina’s order. They were there to celebrate the canonization as well. We took our seats and witnessed this event; I was more curious and wanted to learn more about St. Faustina. It would be two years later that we made a pilgrimage to Krakow, Poland.

St. Faustina had regular visitations from Jesus. Her encounters were filled with intimate conversation and instruction as Jesus chose her to be his spokesperson to spread his Divine Mercy. St. Faustina was given a vision of our Lord and was asked to have a picture of Jesus painted. This was not any ordinary painting but one of Divine Mercy. From her diary, these are the words Jesus spoke to her: “Paint an image according to the pattern you see, with the signature: Jesus, I trust in You. I desire that this image be venerated, first in your chapel, and then throughout the world. I promise that the soul that will venerate this image will not perish. I also promise victory over its enemies already here on earth, especially at the hour of death. I myself will defend it as My own glory.” Along with this image came the prayer to the Divine Mercy, which is to be prayed at the 3:00 hour. The 3:00 hour is the hour at which our Lord died on the cross. There are many graces that come with this prayer; in Jesus’s words: “I remind you, My daughter, that as often as you hear the clock strike the third hour, immerse yourself completely in My mercy, adoring and glorifying it; invoke its omnipotence for the whole world, and particularly for poor sinners; at  that moment mercy was opened wide for every soul. In this hour you can obtain everything for yourself and for others for the asking; it was the hour of grace for the whole world- mercy triumphed over justice.” This simple prayer is to be prayed on Rosary beads. The prayer is to appease the wrath of God and goes as follows: “Eternal Father, I offer You the Body and Blood, Soul and Divinity of Your dearly beloved Son, Our Lord Jesus Christ, in atonement for our sins and those of the whole world. For the sake of His sorrowful Passion, have mercy on us and the whole world.” This prayer is needed more than ever today; imagine that our Lord teaching this to St. Faustina with the intention of the whole world understanding his Divine Mercy.

In 2002 we visited Poland on a pilgrimage to the Divine Mercy. We were given great favor at one of the services held in the Chapel. Our team was invited to sit at the altar, where we sang the Divine Mercy song to the congregation. I remember the feeling of disbelief  to be part of  a choir and for it to take place where Jesus spoke to the young saint. To the left side of the altar hanging was the original painting that Jesus commissioned St. Faustina to paint. I could not believe that I was there and participating in that manner, and a sense of humility filled my heart.

The first Sunday after Easter is dedicated  to celebrate Divine Mercy. We were there to celebrate with the locals of Krakow. To accommodate the  thousands of people, an outdoor Mass was held. I was with a group of eight  friends but because the mayhem of people, we were quickly separated to only four. When it came to communion time it appeared that the villagers were going to trample us. As the crowd tightened toward the priest giving communion, I felt hard pushing and there was no room for escape. My foot had been run over by a stroller which held a red faced baby with chubby cheeks. When we received the Eucharist, we were in danger of a stampede by the villagers. In a panic I pretended to throw up. Holding one hand to my mouth, I made a distinguished universal barf sound, and just like God parted the Red Sea for Moses, he did it for us as we ran out of harm’s way.

I am just giving a small abstract about the life of this holy saint, who has made a huge difference in my prayer life. I pray that you will experience drawing closer to our Lord with the Divine Mercy Chaplet. Do not allow the enemy to rob you of this prayer because you do not believe in saints, but rather understand that Jesus used St. Faustina to bring the message of Divine Mercy to the world. Remember many are called but few are chosen (Mt 22:14). 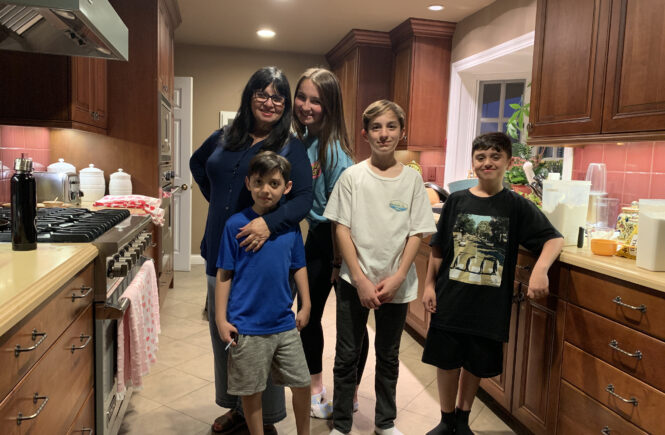 Waiting for the World to Change