Don’t Get Lost On the Road to Emmaus 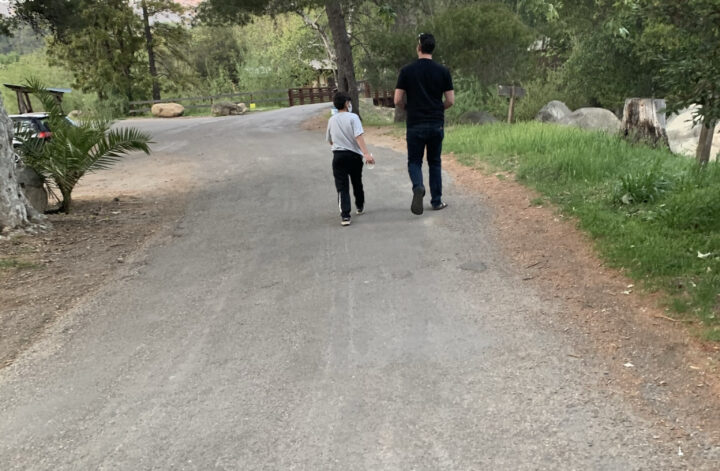 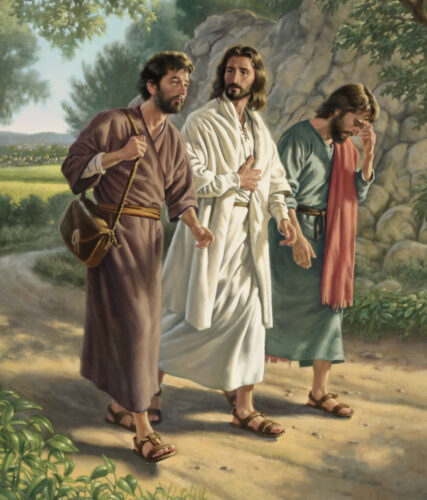 Do you recall the story of the road to Emmaus? This is where Jesus met his disciples but they did not recognize the Resurrected Christ. Only after breaking of the Bread that their eyes were opened. We can all fall into this category of not recognizing our Lord because we are disillusioned with what’s going on around us. Following Christ takes a faithful  act of charity in which you deny yourself and recognize the needs of others. I certainly do not understand why God has allowed so much division in our country, but I’m trusting Christ that He will see us through this bumpy road.

Luke 24:13-15
New American Bible (Revised Edition)
13 Now that very day two of them were going to a village seven miles from Jerusalem called Emmaus, 14 and they were conversing about all the things that had occurred. 15 And it happened that while they were conversing and debating, Jesus himself drew near and walked with them, 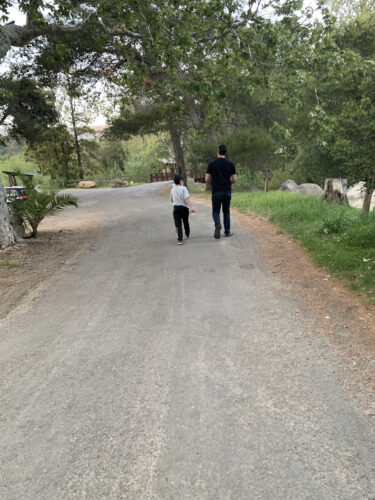 The Roads We Choose

There is only one road that leads to heaven, yet many are lost because of their hardened hearts. I choose to trust God in every area of my life. I learned long ago what wavering does to our spirits. The paths are already set out for us, yet many choose the long road. Whenever I travel, toward the end of a trip, I long for familiar surroundings, my home. In the big scheme of life we are on the road to home. The longer the trip, the better we need to prepare. When Jesus walked with his disciples He did not say, “Hey guys, remember Me? I told you I was going to return.” Jesus was gracious because He understood their distress in losing their rabbi. The disciples were in need of a great awakening, to enable them to things in the spirit, to understand the supernatural. Our Lord knew that they needed a better road map; through the Holy Spirit they received their spiritual app to stay on the right path. They had a calling to preach the Gospel and, with the help of the Holy Spirit, they were equipped for this life-changing journey.

In the best and most gracious words, I believe to say that these expressions  “Woke, Black Lives Matter, White Privilege” are dividing our country. In time I believe the misused and deception in many of the underlined assumptions will be revealed.

I believe “woke culture” is designed to silence conservative people like me. It’s as if this woke culture wants nothing more than for the world to believe as they do, or to shut us up. No one should be silenced, nor will I  operate in fear when taking a stance for what I believe. We live in a democracy, and we should all be free to express our own beliefs and opinions. You cannot force normal, God fearing people to think or believe tenets that they not accept as true. The “woke culture” beliefs are far from God’s teachings and they come across as invasive and compulsive. I am not, nor will I ever be a racist; therefore forcing this ideology on me only makes me go deeper into prayer. I’m neither angry nor disenfranchised; instead I will continue to vote for candidates who stand for principles and values I hold as truth.

We see what anger does to force issues. Ask Stacey Abrams how she really feels about what she’s done to her beloved Atlanta? Her “woke” theory backfired on her, and the sheep, (corporate America) followed her down the road to perdition. Major League Baseball was scheduled to play the All Star games in Atlanta but, because of the recent reform passage of a voting law in Georgia, Abrams was up in arms about the results. The games were moved to Denver. Atlanta has a population that’s 57% African American, compared to Denver’s 13%. Are you “woke” yet Stacey? You took the money right out of the hands of your fellow African Americans! The loss of revenue will exceed 100 million dollars. I pray that the good citizens of Georgia are truly “woke” to  your shambles, Ms. Abrams.

I have one question for the founders of Black Lives Matter: What have you done with the 90 million dollars donated to your organization? Are you using it to end police brutality? According to American News, Patrisse Khan-Cullors, a co-founder of  BLM, recently purchased a 1.4 million dollar complex in Topanga Canyon, located in Los Angeles County. Were these donations diverted for her personal use? BLM is also invested in keeping their negative narrative of injustice in our faces, using the money to infiltrate their ideologies in our schools’ curriculums . Yes, Black lives matter but I do not believe in the social-political narrative and methods this organization is advocating.

This terminology is mistakenly given the label of  “white” when in reality any race can fit into this category. To get lost in a privileged life is to not understand the social needs of others. I have met many different races of people living what would be considered a privileged life. But to just make it a “white” matter is not totally accurate. Along with the phrase “white privilege” comes the stigma that all whites are racist, when the majority are not. White people do need to understand the history of the many obstacles African Americans have endured.

All these absurd changes in corporate America are designed to curry favor with the masses and to avoid any backlash in public sentiment. Fortune 500 businesses are protecting their corporate image from any association with racism and bigotry by summarily firing employees who engage in misconduct they view as racist. United Airlines is changing its hiring to promote racial equality  and opportunity in its training employment programs. I have never paid attention to who flies the plane I’m in, man or woman; the only thing that matters is that they are qualified to get us to our destination safely, never their gender or the color of their skin. If United Airlines truly wants equality and equal opportunity, why now? I pray that United Airlines is making these changes because they truly care, not just to jump on the band wagon.

The Road to America

When President Trump was in office, they were referred to as “cages.” Oh how the world has changed! Now they are simply “detention centers.” What a mess Biden has created! Do you want to talk about children being separated from parents? First of all, when God has gifted you with a child, it is your godly duty to raise that child. I don’t care how war torn your country is, you stay with your child to protect them from harm! The fact that we are allowing this to happen right before our eyes and nothing is being done to correct this huge elephant in the White House is a national  embarrassment to the rest of the world. Who is going to pay for all this? No worries, Biden will have the cost covered by raising our taxes.

Did you know that the San Diego Unified School District is seeking teachers to teach in-person 1,450 illegal immigrants, girls who recently crossed the border? Yet this same district has not opened in-person teaching to American children. The hypocrisy is appalling. My grandchildren Maddie, a sophomore in high school, and Will, an eight grader, have not attended in-person classes for over a year; yet we are allowing undocumented illegal children to get this privilege?

My Prayer: Dear Lord, I have expressed my deep concerns with President Biden. Lord, he says he is Catholic, but it is in name only. Dear God, convict him for all the wrong that he is doing and bring him to his knees. I pray for a major conversion in his life and ask that You take over his reprobate mind so that he can think clearly. Help us, Lord, to unite in prayer for our once God-fearing country. Amen. 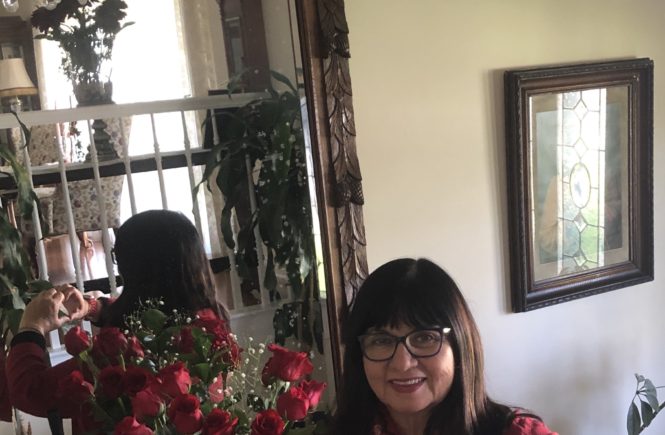 Jesus Will You Be My Valentine?