Living in the same home for over 34 years has made our neighborhood  a family of friends. This past week Tim, one of the pillars of our community, lost his father Jim. I have known this family the entire time we have lived here, but it was not until today did I understand the love of this clan. Tim is from a family of eight, yes eight, four brothers and three sisters.

Tim’s parents were married 63 years. To witness Tim’s mother Harriet at her husband’s service was nothing more than pure love. It was through the grace of God that this beautiful lady could carry herself so well. When you serve God like she and Jim, you know that the Lord will hold you through every trial.

Catholic funerals are filled with tradition and are rich in symbolism. The Paschal Candle is  used only on three occasions, Easter, Christmas, and funerals. These three occurrences are great celebrations and Jim’s life was a glorification of  love. His entire family participated in his service. Tim and his four brothers Greg, John, Brian, and Freddie were pallbearers along with Eddie and Roberto, the son’s-in-law. The readings were read by two of Jim’s daughters, Teresa and Val. The gifts were brought up by all of Jim’s daughter’s-in-law, Adele (my neighbor), Sharon, Valerie, Nadine, and Jennifer. Jim’s daughter Karen led the intercessional prayers. The 24 grandchildren gathered in the choir section fighting off tears as they sang a beautiful sendoff song “On Eagles Wing’s” to their beloved grandfather.

I never met Jim, but I now know what type of a man he was. Tim is an example of the extension of love from both of his parents, as I have witnessed throughout the years how Tim and Adele have brought up  their two children. Marisa still drives the same car her mother drove from the days Marisa was in elementary school. This vehicle, which has over 280,000 miles, is just one example of not spoiling their children. I watched for years as Tim caught the ball while Ryan pitched. This paid off as Ryan was on the Diamondback major league baseball team. Ryan is currently teaching and coaching at Mt. Sac (Mt. San Antonio College) in Walnut, CA. Marisa was recently accepted to Ochsner Medical School in New Orleans. I watched these two grow up and become their grandfather Jim’s beam in his eyes.

Tim’s father Jim and his mother Harriet attended daily Mass, so I know from my own experience that his family was saturated in prayer. Tim, Adele, Ryan and Marisa were with Jim and Harriet a week before he was called home. Tim was there as a servant, painting his parent’s garage door. What a sweet goodbye they shared that day. The family has no regrets, no “I only wish I could have done this.” No, that was not the way Jim raised his family.

As the patriarch paves the road home to heaven, Jim will be remembered even by someone who never met him but grew to love what he has contributed to this world. Jim provided much hope for his family as he was a perfect illustration on how we should live our lives.

The incense filled the air of St. Martha as Jim was passing for one last time through the aisles of his parish. Outside the church three bells announced the homecoming of a great soldier.

4 And the smoke of the incense, with the prayers of the saints, ascended before God from the angel’s hand. 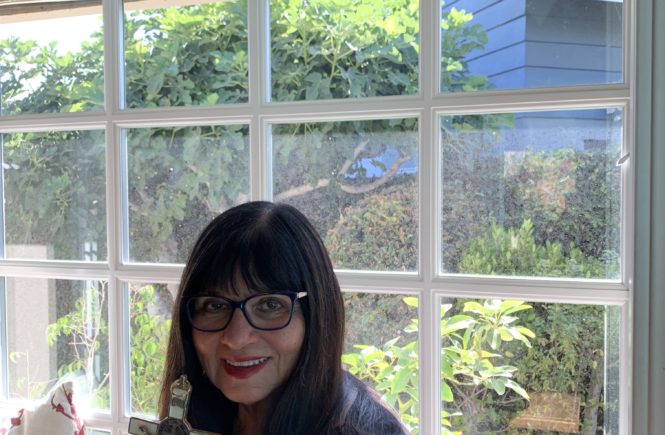