“No one can serve two masters. Either you will hate the one and love the other, or you will be devoted to the one and despise the other. You cannot serve both God and money.” Matthew 6:24

Halloween is the abbreviation for All Hallows Eve, a pagan holiday that originated with the ancient Celtic festival of Samhain. The day marked the end of summer harvest and the beginning of winter, it was also a time of year associated with the dead; part of this festival was to dress as ghost to scare away evil spirits. This is not to be confused with All Saints Day or Soul’s Days, which the Catholic Church celebrates on November 1st, and 2nd. Today Halloween has morphed into one of the most  festive holidays in the US, but Satan has tried to make it his, and with the help of Hollywood, evil is thriving.

We are surrounded by the works of Satan. God gave us free will to either serve Him or to serve the world. The world’s views have slowly shifted, and society is lost in all mindless, useless sense of the meaning of life. To each of us this could represent an autonomous nature in which needs have become so egocentric that we forget the true meaning of why we were put on this earth. When you were created it was for a specific purpose, and if you do not have peace in your heart it is simply because you have not attained your calling.

We are all accountable for our actions and even if you do not serve God or believe in Him, you will one day have to answer to Him. We all see what happened with the elections last year and the outcry of hatred that came forth on both sides, but how is it that it has not gone away? Satan is alive in our country, causing such a divide of unsubstantiated enmity that I no longer watch the news. Who is telling the truth? Everything is debatable and tossed in the wind for answers. My answers come from the Lord, because He is the author and finisher of our faith (Hebrews 12:2).

October is a month when demons really manifest themselves because Satan has claimed this as his season. Did you know that these demons are really out there? They come as angels of light until they take hold of your soul and convert and twist reality into something distorted. They are continually reminding you that there is nothing more important than yourself. Demons are self-serving workers of Satan and their assignment is to attack anything that is holy. One of Satan’s favorite targets is the youth, Why? Because they represent the future. Another of Satan’s plans is to cause division in the families, mother against daughter etc. There is NEVER peace when there is dissension, and that is the way Satan wants it. I have witnessed such atrocities on social media with the youth that it sickens me. Some young girls portray themselves in such perversion, and yet these are the same young women that march for women’s rights. What a paradox! Humility and the fear of God are absent in the hearts of many. This all leads to the fact that many of these young women have fallen for the lies of the world. How can you make the world equal if you are putting yourself out there as a sexual object?   Call it low self-esteem, but in reality they are just looking for love. I know from experience in serving the homeless for over 17 years that lost souls need God, and nothing will change their circumstances until they develop a true understanding of who God is. There are many that are homeless spiritually, just wondering because you have no peace. I am here to tell you that God is real and he does answer prayer, but the Devil would have you believe otherwise. Satan is working overtime, so that means that we have to work even harder in praying for our loved ones.

There are many entrapments, and this is an example of one of Satan’s favorite ways to lure you into sin, through pornography. These statistics are from the organization: Fight the New Drug.

2. 35% of all internet downloads are porn-related. (WebRoot)

5. At least 30% of all data transferred across the internet is porn-related. (HuffPost)

12. Eleven pornography sites are among the world’s top 300 most popular Internet sites. The most popular such site, at number 18, outranks the likes of eBay, MSN, and Netflix. (SimilarWeb)

Viewing Stats That Are Hard To Believe (from NCOSE):

15. A study of 14- to 19-year-olds found that females who watched pornographic videos were at a significantly greater likelihood of being victims of sexual harassment or sexual assault. [3]

16. A Swedish study of 18-year-old males found that frequent users of pornography were significantly more likely to have sold and bought sex than other boys of the same age. [4]

17. A 2015 meta-analysis of 22 studies from seven countries found that internationally the consumption of pornography was significantly associated with increases in verbal and physical aggression, among males and females alike. [5]

18. A recent UK survey found that 44% of males aged 11–16 who viewed pornography reported that online pornography gave them ideas about the type of sex they wanted to try. [6]

So I ask you, is it guns that are taking our country down? Or is it sin? 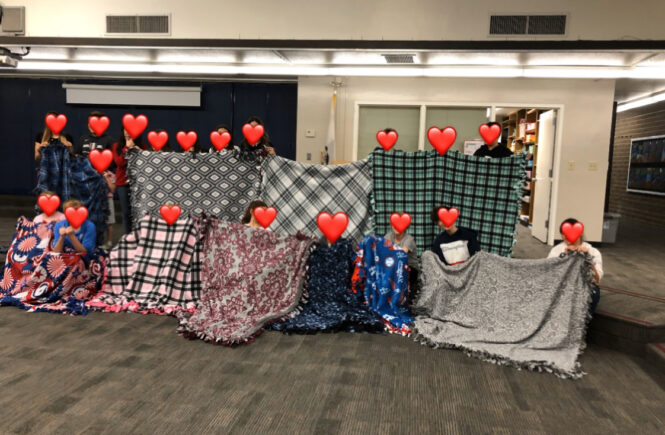 Skid Rowing in the City of Angels

Vote In God We Trust