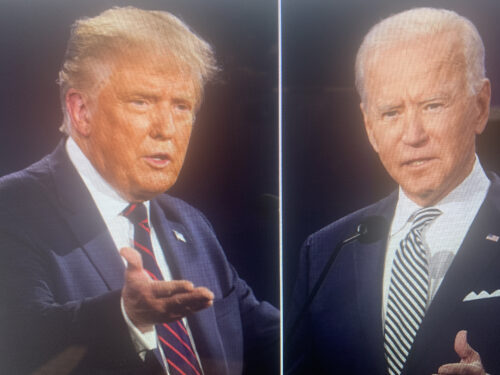 How does a president who was voted most admired not get re-elected? Seventy-five million of us know how this played out.  How many more assaults can a human take? How does the media get away with one blow after another yet Trump is still standing? Allow me to enlighten you with the godly truth. President Trump is still standing because this is a supernatural act of God. No human being would be able to sustain this type of mental abuse, not one! We, as Christians who fear God, are fighting for our religious rights, and President Trump is on our side. We pray against all odds. Despite all the media’s attacks against us, we pray. Operating in the supernatural I, for one, will never give up on the promises of God. I, along with millions of others, will continue to pray for our country. In the end God always prevails.

Recently on Facebook  a comment was made on a Catholic site. This is what one lady wrote. “We should all be happy that a Catholic was elected president. Now we have someone on our side.” No, Joe Biden is not on the side of our Catholic core beliefs. His policies will attempt to destroy what God has established as law. 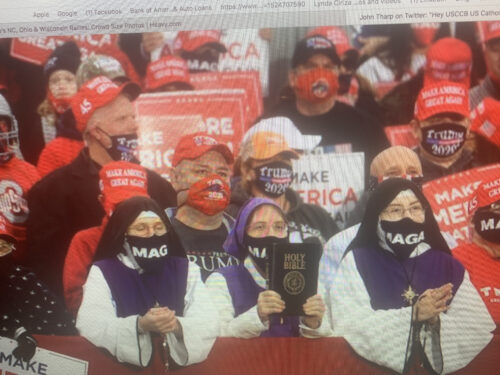 Others on Social Media are crying out, describing us as poor losers who need to get over it and work together for America. Really? Are they going to work with me?  I stand for Pro life, I stand for the sanctity of marriage, and the teaching of truth. In fact over 75 million Americans feel as I do, and these insulting remarks only strengthen my belief  in God. We may have to use face masks to protect us from COVID-19, but that does not mean you can muzzle our voices. We are a powerful force to deal with. I don’t need any labels either. The only thing that I stand for is the Word of God;  if that makes me patriotic, call me a patriot. 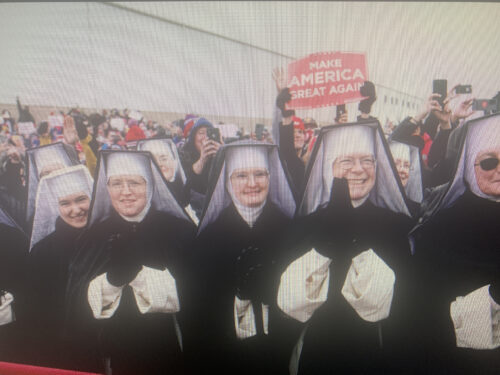 This type of hatred is being blamed on conservatives, but in reality it is subliminally being done by the Left. You can see the subtle basis and political indoctrination encoded in a letter written to thousands of students by Common App.

Common App is used by over 900 colleges and universities to help with the admissions process. If you want to get accepted into these colleges, you must go through the Common App. This is what one of my friend’s daughter received on Friday. Mind you this was sent to all students!

Do you think that Jenny Rickard waited for an investigation before sending out this letter? Are these encouraging words? The only thing that can be ascertained by this letter is the subtle yet systemic mind control our colleges are imposing on our young adults. This bigoted person won’t even get a slap on the hand for these remarks because she’s part of the program that fits the narrative of socialism. By the way, Ms. Rickard, this was not a fair election, and for you to portray Trump supporters as white supremacists is reprehensible because the overwhelming majority of those people were peaceful protesters. Please do not attempt to twist this story because in no way am I condoning the actions of those who stormed our Capitol. They will get their due punishment. It’s the double standard and hypocrisy in the way of how Black Life Matter protestors were treated, that we will never accept. But the truth will be exposed. Do I need to remind you how Hollywood celebrities were bailing out the BLM criminals? Was this not considered mob behavior?

Facebook, Google, Apple, Amazon, Twitter, your day will come in the court of God. The arrogance of these billionaires! Their heads are so puffed up that there is no room for reason. Everything you have is because God allowed it. Be careful how you climb up that mountain of success, because it’s lonely up there. There will be insurrections among you because there can only be one king in your haughty principality.

their heart is corrupt.
Their throat is an open grave;
on their tongue are subtle lies.

I watched and listened for several hours to the testimonies taking place in the state of Georgia. Over ten eye witnesses testified about all the fraud that happened during our national election. These hearings were being held throughout the country in different states. They were all thrown out of court with no recourse for the people who witnessed the cheating. How do you think they felt? Were all these thousands of people crazy and making up stories? What about the mysterious suitcases that were pulled out after the counting was halted? Even with the proof of truth, we did not get a fair hearing. We were left with no answers and no one would hear us out. I asked God and I cried out to God. My only conclusion was that God would fix this – not the federal judges, not the Supreme Court – but God Himself would intervene. God will manifest and hear our pleas. After much prayer I have peace about Biden being unfairly elected. God will take over from here, and we will see the hand of God move over our country. When He does this, the world will know that it is He Who will have the victory.

My Prayer:  Dear Lord, we are  in a mess! The lines of division are as a great gorge. I am not a person of complacency because I understand Your Word. If you see something in me anything that needs changing, help me to become more loving. Lord, help us to meet each other in peace by exposing the truth. I praise You, Lord,  knowing that You will help us as we make our way out of the Via Dolorosa. Amen.