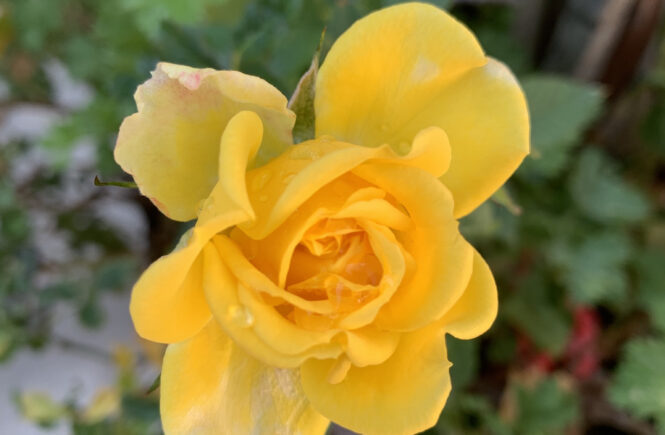 Last week I attended a funeral service. One of my friends, a priest who lives out of state, was able to give his father the Last Rites. During his homily I realized God does keep His promises. My friend’s  father had consecrated  his life to the Sacred Heart of Jesus. In order to do this, you must attend Mass every first Friday for nine months. With this sacrifice comes the promise that you will not die without a priest giving you the Last Rites. As complicated as it may seem, God came through for them. My friend was able to make it in time to see his father, but he had to go through challenging obstacles. He arrived at 1:30 p.m. and his friend drove him to his father’s home. My friend could not find the keys to his father’s car to drive to the hospital. He made several attempts to call the hospital social worker to make arrangements to see his father, but to no avail. Finally at 3:00 p.m. the social worker contacted him; by the time he arrived at the hospital it was 3:45 p.m. He covered his religious habit with a surgical gown and was ushered into the ICU. Since his father was suffering from COVID-19, no one is allowed to see the patients, so this was a favor of God.  Hours before his father passed, my friend got clearance from the hospital’s social worker to see his father and to give him his Last Rites. At 4:30 P.M. he prayed with his dad.  Through the providence of God the doors were opened, and the promise of God fulfilled. After leaving, my friend received a call from the hospital informing him that his father had passed at 5:59 p.m.

We don’t know when we are going to die, so I believe it’s best to always be prepared spiritually. It’s disheartening to know that so many wayward souls will fall into the mindset of today’s society. With the lack of strong spiritual direction, many will follow the loud voices of vain leaders. In life we all follow a leader; the irony is that there are many charismatic, dangerous leaders who take their orders from the Evil One. Pastors who believe in God are to be held accountable for their preaching, but many will fail in their delivered sermons. The most important message for any Christian is to follow the laws of Christ. It’s  that simple. But because these well-meaning pastors do not want to make waves, they follow the world by not offending anyone’s personal beliefs. If you are truly serving God your beliefs should line up with the Word of God. There is no gray area here. You can’t sit on the fence with God; you are either for Him or against Him. The Lord hates wishy washy Christians! You cannot change the Word of God to fit into your socialist beliefs. That’s not how it works.

Rev 3:16  New American Bible (Revised Edition)
16 So, because you are lukewarm,
neither hot nor cold,
I will spit you out of my mouth.

The spiteful changes of the new president in allowing 11 million immigrants a free pass to citizenship baffles me. We have bigger concerns. One close to my heart is the homeless population. Did you know that Blacks make up 50% of the homeless? Don’t these Black lives matter too? Why is this president so eager to help foreigners and not American citizens? This president has put a stop to building the wall. We will be flooded with more undocumented immigrants. Who is going to foot the bill for this? You’re not going to see doctors or professional people crossing the borders; these  people have nothing and expect to be taken care of  by our country! Does the president need to be reminded that we are still in the midst of a pandemic? If you want to become an American citizen we have laws that you must follow.

Our prisons are filled with undocumented immigrants. It costs money to keep these criminals in prison. Who do you think is paying for this? Well, it’s certainly not the countries that they are from; it’s US! According to an article written by Sharly Attkisson, out of 730,000 criminal aliens, 91 % of federal criminals were citizens of Mexico, Honduras, El Salvador, Dominican Republic, Colombia and Guatemala. It cost 2.5 billion dollars a year to house them in American prisons. This is the mess that Trump was trying to control, but he never got credit for anything.

What a slap in the face! On the anniversary of Roe vs.Wade the new president signed the Mexico City Policy back into law. This means that not only are we going to pay for all the abortions in the United States but around the world as well. To add insult to injury, a song “The Problem” was released on the same day. The money raised from the profits is going toward a reproductive justice organization in Alabama. In other words this funding is helping economically disadvantaged women to have abortions. This pro-abortion song was written by Amanda Shires. This stupefying song also features Cyndi Lauper and Sheryl Crow on bass, and Shires’ husband Jason Isbell on guitar, plus a slew of other lost souls.  This is how the world sees abortions:

Some of the Lyrics from the song  “The Problem”

And all I could think and say was, “Everything is going to be okay

It’s going to be alright, I’m on your side”

And no one has to know

The scars won’t even show

At least that’s what I’ve heard

Do you think God still sees me?

coming out of this twilight sleep

I’m not sure who I am

Staring into my empty hands

Anyone having anything to do with this song is sadly paving their road to Hell, and the road gets wider if you buy into this lie. If you voted for this current administration, you knew with eyes wide open what was going to take place. We are all accountable for our actions but in this case, with these heinous lyrics, I have no words.

The Word of God states that He gives us the desires of our heart (Psalms 37:4), and that He keeps His promises (Hebrews 10:23). I’m waiting for the promises of God to come to fruition. He will never let us down!

Romans 4:20-21 New American Bible (Revised Edition)
20 He did not doubt God’s promise in unbelief; rather,
he was empowered by faith and gave glory to God
21 and was fully convinced that what he had promised he was also able to do.

Dear Lord, You’ve gifted these artists with voices to sing. You blessed their hands to play melodies. Yet they are lost. Dear Lord, bring them to the doors of Your holy Temple; allow them to be in Your holy presence. There they will know without doubt why You gave them these gifts. I only want to praise Your Name. Amen.

Psalms 85:12-14   New American Bible (Revised Edition)
12 Truth will spring from the earth;
justice will look down from heaven.
13 Yes, the Lord will grant his bounty;
our land will yield its produce.
14 Justice will march before him,
and make a way for his footsteps.