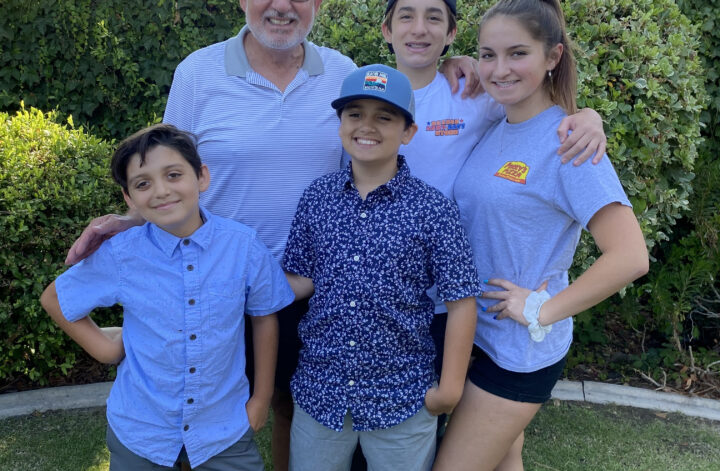 On Saturday I attended a funeral of a dear friend’s father. I never met this man but I got to know him through the words of those he left behind. Robert was a strong Christian who served God and taught his children to follow in his steps. His daughter Kim spoke of his love for his family and what a wonderful role model he was. She said that to the very end her father was teaching her life lessons. Her memories were not only heartfelt but we all got the sense of what a loving father he was. Kim’s brother John’s words were equally inspiring because this young man was well grounded in Christ because of the loving influence of his father. Their father was rooted in the word of God and to the very end was an exemplary father to his two children. I met Kim’s mom for the first time and her eyes spoke of her deep pain. As God leads me, I will pray for her to feel the comfort of God the Father. This family is guarded with special angels because their father prayed and still prays for them. Even in his last days, Kim spoke of her father’s peace and how he never feared the inevitable. Every night the family read from the Bible; this was another part of Robert’s plan for family unity. Fatherhood was one of his callings, and Robert has two shining examples of the outcome of being there for your children. Please remember this precious family in your prayers this week.

According to an article written by Wayne Parker, these are the startling facts about children being raised without a father:

What our society is teaching will only make these numbers go higher. We don’t need feminist to tell the world that men are not needed. We need to make sure that the children void of a father are connected to a positive direction. Investing in something that a child will excel in, like sports, or music, anything to keep them off the streets. Most importantly  introduced God into their lives by your example and make church a priority. Shut out the loud voices of society teaching children that men do not matter in their lives. This “woke” mentality is dangerous, and before you know it, Mother’s Day and Father’s Day will be a blended holiday with no gender.
Sonora Smart Dodd

Sonora Smart Dodd spent a lifetime making sure that all father’s were honored by setting aside a special day for them. Her father, William Smart, was a widower twice with 14 children. When Sonora’s mother died, she was sixteen-years-old, with five younger brothers; the other siblings were grown. Sonora said that she can remember so many wonderful details of what a admirable job her father did in raising her and her five brothers. She wanted to honor her father on his birthday June 5th. Her work started at a church service, but Sonora wanted this day to be recognized as a national holiday. Father’s Day was proclaimed a national holiday in 1972 by Richard Nixon, six years after Sonora’s death.

All fathers should be honored. This is the Fifth Commandment, and it is the only commandment that comes with a promise (Ex 20:12).

Exodus 20:12 New American Bible (Revised Edition)
12 Honor your father and your mother, that you may have a long life in the land the Lord your God is giving you.

Men are the head of the household because this is how God designed it. We all have fathers; some fathers did not have good role models and, therefore, did not develop the proper skills for becoming a good father. My father was absent for most of my childhood, so I did not experience that bond between a father and daughter. I could have taken this loss and felt sorry for myself but, instead, I learned to live a life without a father figure because God the Father was always with me. I married a man that would become the best Father for our two children. Even though both of our children are grown and married, Mike continues to be that strong role model of a father. Mike has, and continues to be, the honorable patriarch of our family. He is the best provider; Mike has always made sure that we have all that we need.

The Priority of a Father

First and foremost if you’re going to step into the role of fatherhood, you need to have a relationship with God the Father. We all need spiritual guidance, but especially fathers. If you put God first in your life, you can rest assured that through prayer God will guide you to do the right thing for your family. The man must be the spiritual leader of the family; this is how the foundation of a family is set. God does not make mistakes when He set this as a standard; there is an order to His work. A father is a spiritual example to the rest of the family. By attending church services with his family, the father is teaching and training the family to prioritize God in their lives. This is exactly what my friend Kim’s dad did. Because of his love for God, living the life of a good Christian, it was second nature to live and serve by example. Kim and her husband David will do the same for their daughter.

Kim’s father was suffering from cancer but that did not stop him from making sure that his wife was taken care of. He purchased new appliances for the kitchen and made sure that repairs were all completed so that his wife would not have to worry about these matters. This is what a father does; he provides for his family by making sure that all is well with his family. The man’s role is to provide, to be the covering for his family.

Dear Lord,  I pray for all fathers that they may attain the gifts You have set aside for them, that they may become the men of God they were called to be. Holy Spirit, guide those fathers who have a strained relationship with their children. Heal all the pain from their upbringing and make them whole. Lord, for those children who are estranged from their fathers, grant them a spirit of forgiveness, and do not allow another day of pain to separate them from their fathers. Amen. 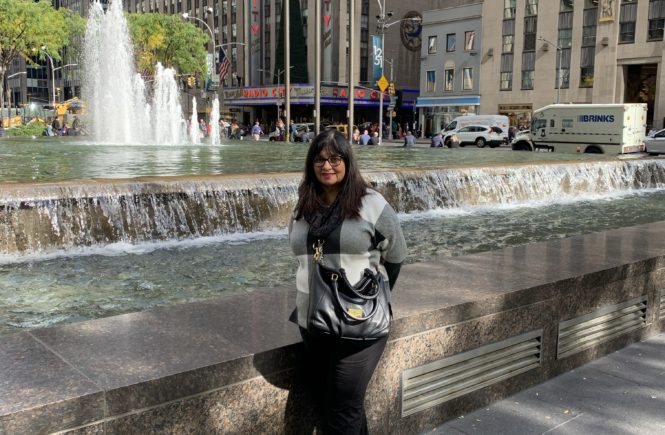 Going to the Chapel and Dinner Las Vegas 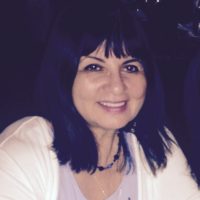