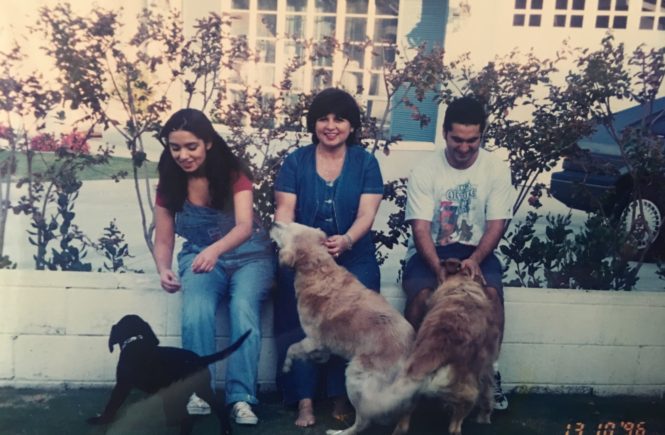 Dogs are mentioned in the Bible over 40 times, but most of the stories involving man’s best friend are  unfavorable, being derogatory and depicting dogs in a bad light. This story is about the dogs in my life.

Blackie, a short black Heinz 57 variety, was the first childhood dog that I remember; he was run over by a vehicle driven by a gas repair man. We put Blackie in an old box, had a funeral, and buried him in a shallow grave.  Blackie never rested in peace because we were curious kids who morbidly checked on the dead dog by digging around him with sticks.

Albino, an all white mutt was our next dog, Bino for short. Bino lived a wonderful life until a neighbor shot him. Our yard had fences on both sides but not in front, Bino ran the neighborhood freely.  Bino fell in love with a designer dog down the street and was consummating their union when he was shot. This was no shotgun wedding; the bullet was meant for Bino’s death. I was in the front yard along with other neighborhood kids when a redneck woman with a huge shotgun shot my dog.   Bino got hit on his right hip. My mother called the police but nothing ever came of this.  Suing was not an option; we just dealt with it. For the rest of Bino’s life he hopped on three legs.

All of our childhood dogs were outside pets; they rarely got shots or flea treatments, and for sure were never spayed or neutered. They ate scraps from the table and only if the dog food was on sale did they get canned  food. They never experienced teeth cleaning and their real coats were there only clothing. We gave our dogs real bones and they really buried them in the back yard.

When Mike and I were newlyweds, I got two useless dogs, Ella and Oso. They were ridiculous and we had to get rid of them due to a no-pets clause in our rental agreement.  Oso was given to a hippie that we worked with. Oso resented this betrayal, and when I would ran into him, the dog would completely ignore me.

Solo, the cocker spaniel, was a sweet pet, who suffered abandonment issues. Solo was a big crybaby, who howled a lot. I took him to a specialist (dog trainer) in an attempt to correct this annoying behavior. “Put coins in an empty can and throw it out the window when he starts crying,” said the trainer, but nothing worked. As Solo got older he started developing a body odor so bad that no one could be around him. When a tile man was installing new flooring in the kitchen, Solo hung out by the kitchen door. The man asked me to please put the dog in the garage so he could finish the job. The odor so bad that Solo had to be put on a special diet to control the stench. Solo was a flea bag too, and though he had regular treatments, the fleas loved him. Towards the end of his life he went blind and deaf, which posing an even greater problem, landing him in the pool. I would hear my son Mikos yell out from his room “Solo fell in the pool!” That was my signal to run from wherever I was to rescue the deaf and blind dog from drowning. From all the accidental falls in the pool, Solo developed chronic ear infections and he was finally laid to rest by Deanna, our babysitter.

Reisa Ciriza, was our golden retriever, her entire life ambition was to chase balls and swim. She was the nicest of all the dogs. Once I was so sad and upset about something that I let Reisa into the house and she licked up my tears; it was as if God used the dog to bring me peace. Reisa died at the hands of my nieces Leah and Maggie, who kept throwing the tennis ball to her until she could no longer take it.

Big Mel was given to us by a neighbor and was a huge golden that suffered from narcissism. He intentionally knocked over small children, and had been through three families.  We were his last chance because he was going to be put down due to his bad behavior. We took him in, Big Mel was a Houdini and would always escape on trash day to knock over the neighbor’s trash bins. We could not handle him either, and shipped him to Santa Barbara with Mikos. They were inseparable, Mel finally experienced true love. While Mikos attended classes, Big Mel entertained himself at the beach, and everyone in the community knew him, including the police. Mikos remembers when a police car drove up with Big Mel in the back seat; the officer opened the door and Big Mel jumped out . Big Mel used his nose to let himself into the house.  We were all there the day he went to dog heaven. My son took Big Mel’s collar and buried it at Ledbetter Beach in Santa Barbara.

Our last dog was Shadrach Angelico Ciriza. He suffered from ADD,ADHD and was just crazy. He chewed the dining table, the kitchen door, and several backyard hoses. He got ahold of the telephone repairman’s equipment and destroyed it. Shadrach loved to run the streets. Once he escaped, broke into my neighbor’s house and ate their dinner. He was a great swimmer and summer was his season. Swimming daily, he and I did laps together and he would always beat me. When he got on in years, he could no longer get out of the pool without help. My beautiful Shadrach suffered from a debilitating back problem. His last day was spent under the St. Francis water fountain in our backyard. St. Francis called him peacefully home.

Mike and I decided to be dog free because we travel and did not want to be burdened with dog care. We now have two grand dogs that visit every time their families come. Paco spends his time barking at airplanes, lizards and anything that makes the slightest sound. Rosie, is a sweet mild mannered golden that thinks she is a small lap dog. Unlike her ancestors, she hates the pool.