As the World Turns The Other Cheek 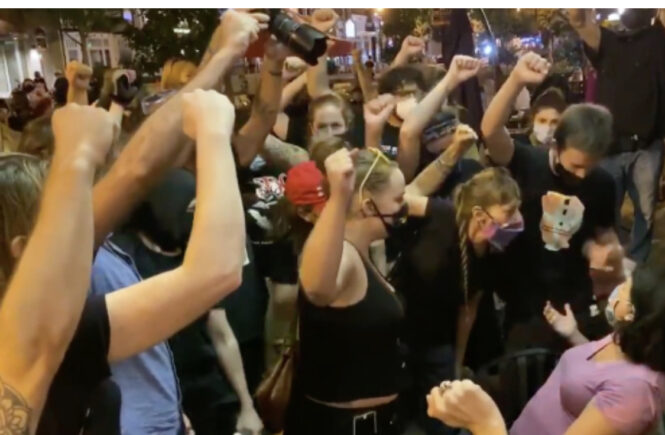 “Keep people from their history, and they are easily controlled” –  Karl Marx

What is going on today with Black Lives Matter is a disgrace. My heart aches for the black people who are truly looking for a positive change. God hears your cries and He will see you through this. What a sad sight we’ve become to the world. Once the leader of all nations, our country is now being torn apart by paid thugs, not the hurting Black people. We all need to distinguish between the two. One side wants change for the betterment of mankind while the other wants to destroy the fabric of our society by forcing their socialist ideologies. It’s happening right before our eyes. A large population of zombies have infiltrated our society. Some peaceful citizens of Washington, D.C., who were out having a casual meal were approached by these bully zombies who demanded that they raise their fists in solidarity with BLM. One problem here: do all these people look black? No! Because they are the puppets spawned by the liberal colleges who gave birth to bastard children of hatred. It is hatred that is systemic in our society.

I watched  part of both the Democratic and Republican conventions and came away with much-needed hope, but two speeches stood out for me: the ones by Ann Dorn and Sister Debe Bryne. Ann Dorn, widow of David Dorn spoke of her husband’s execution eloquently. Her husband was a retired Chief of Police, who knew about being a police officer, and all that came with that responsibility. Her husband, David Dorn, was brutally murdered during the rioting in St. Louis in the aftermath of the death of George Floyd. She knows the pain of a black man being murdered in cold blood too. This family will be forever changed because of the senseless actions of an angry mob. David Dorn’s execution was live-streamed on Facebook for the world to witness the callousness of these diabolical zombies. Mr. Dorn’s grandson watched it all go down without realizing it was his beloved grandfather who was murdered. SAY HIS NAME! DAVID DORN! His life mattered.

This beautiful sister served in the Army for 29 years  as a doctor/surgeon. She became a nun with the order of Little Workers of the Sacred Heart of Jesus and Mary in 2002. Her powerful voice broke barriers when she spoke at the Republican National Convention. In her words, “As followers of Christ we are called to stand up for life, against the politically correct or fashionable of today. We must fight against the legislative agenda that supports and even celebrates destroying life in the womb. Keep in mind the laws we create define how we see our humanity.” Sister Debe ended her speech by holding up her Rosary and referring to is as a weapon of war. This powerful woman of God knows how to fight the Enemy, and we should all follow her lead.

The Children in Cages

Since the topic of “children in cages ” came up during the Democratic National Convention, it’s important that once and for all we get the facts straight. In 2014 President Obama approved and built temporary holding enclosures (that are now referred to as “cages”) so he is responsible for this project. This was done for the children’s safety, since many of these innocent children have been victims of human trafficking. These enclosures were meant to house the children for 72 hours, but due to the surge of many thousands of unaccompanied minors (70,000 in 2019) it complicated  the workload and added to the bureaucracy for three government agencies. The first is the Department of Homeland Security, followed by the Office of Refugee Resettlement, which is under the Department of Health and Human Services. These organizations are still working to protect and find placement for these unaccompanied children. The majority of these children are from Honduras and Guatemala. By the time they set foot on these hollowed grounds, the journey had added both physical and mental trauma. As humanitarians our country is doing its best to help with a problem brought on by the failures of past government policies and their failure to securing our borders. Pray for the parents of these children, as they sacrificed so much for their children to have a better life. I cannot imagine the heartache they suffer each day.

You are overpaid and should keep your politics to yourselves. What you are witnessing now, as you play your little games to empty stadiums and stands, may very well be the foreshadowing of what  you will experience in real life. People are tired of your Nike promotions and the millions you have made from us. Remember, your careers are short-lived; an injury, a younger player and it’s all over. Make good use of your time and become the role models you were called to be. The youth look up to you, so give them a positive reason. And if you are supporting Black Lives Matter, you have the responsibility, power and money to make this organization work for the betterment of our communities. So clean up BLM!

Do right by your children, as it is your God-given duty. Pray for them to become great, productive citizens. Teach them the real meaning of life, love, humility and respect. Be the example of standing up for what is right in the eyes of God. Do not set a cushion for them to fall on; rather you should prepare them for any stones of hatred that may be thrown their way. Train them to fight spiritually through prayer.

The only thing left  for us is prayer. We must put on our spiritual military armor. We must, as parents, grandparents, and others, go into battle for our loved ones. The Devil may be winning a battle here and there, but the victory belongs to the Lord! We need to stop making excuses for mob-mentality violence. It’s alright to be angry, but to take matters into your own hands in violent, terrorist temper tantrums is unacceptable.

57 But thanks be to God, who gives us the victory through our Lord Jesus Christ.

Not all minorities vote for the Democratic Party. I will  always take a knee for our Lord and Savior Jesus Christ. It is from Him that I have learned to stand up for what is right in His eyes. Nothing will change that! I am proud of my Mexican heritage, but I also belong to the family of God. My heritage and bloodline is that of Jesus Christ.

My Prayer: Lord, you are the Creator of us all. Father God,  I implore You to continue to give us strength during these trying times. Lord we lift up Jacob Blake, heal him and allow justice to prevail in his case.  Give us holy discernment on what to say and when to say it. Let us not operate in fear. Give us boldness to follow the path You have set before us. Amen.

Hadassah and Her Two Chicks 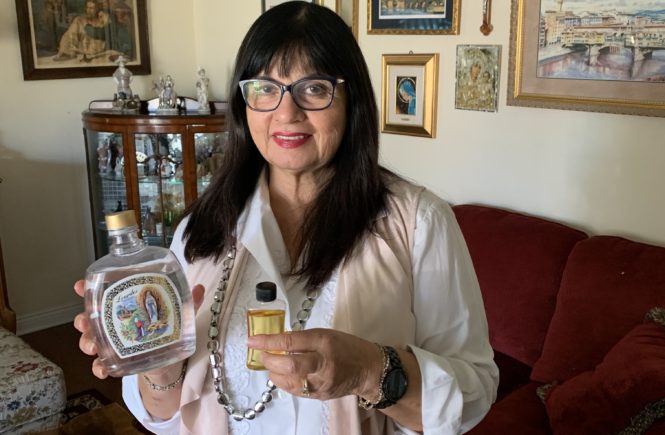