For The Love Of God…Stop Worrying 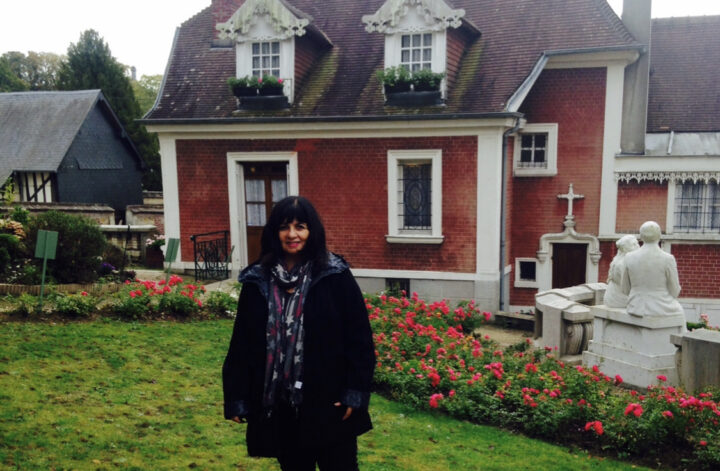 God does not want us to worry about anything. If we can master this knowledge about worrying, our life would be free from stressful situations. Usually when we hear bad news about something that is out of our control, we panic and immediately want to take action. When I read about something in the news that is against my core beliefs, a spirit of  fear sets in; then after processing the negative narrative I calm down. My first reaction is always emotional, either anger or disbelief; but when the Spirit of God overtakes me, I’m reminded of Who is in control.  I have learned that when things are beyond my control, it does no good to dwell on them. If the bad news really affects me, I pray.

If your worrying is out of control, it can become so stressful that you can make yourself physically ill. Anxiety  is worrying on overload. It is a known fact that many chronic illnesses stem from stress. According to the Mayo Clinic, people who suffer from stress have a higher risk of heart attacks, high blood pressure, asthma, obesity, diabetes, headaches, depression and anxiety, gastrointestinal problems and Alzheimer’s disease.

This Blog was given to me by the Lord.  After months of prayer, the Lord spoke to me in a dream. I was instructed as to what to name it, and what the logo should look like. I worried that no one would read the Blog, or that it was uninteresting. I worried that the name “My Catholic Roots are Showing” was too long. I worried that the title of my Blog would offend non Catholics. My worries were real and I was scared to take on this responsibility. But when I started to write the Blog, it became a labor of love. The words poured out naturally, but that did not stop the worrying. Every morning the first thing I would do was look at the stats to see how many hits I had. The first years were dreadful and I thought of giving up. My worries always put me in a state of doubt. “Why am I doing this if it doesn’t make a difference?” was my constant self-talk. Then I heard from the Lord again. This time He was telling me to trust Him and to continue with the writings. I no longer worry about who reads or doesn’t read the Blog. I know that I have touched  people from all over the world. The seeds that I am planting through this Blog are springing up hope for those who need a word of encouragement. God wants me to share His good news from a Catholic perspective. I’ve lived the life of a Protestant so I know how many of them feel about certain dogmas within our Catholic beliefs. The saints are our examples of holiness and Mary is undeniably the Mother of God. We know how we feel if someone speaks ill of our own mother; imagine how the Son of God feels when His mother is a subject of scrutiny.

“A soul in a state of grace has nothing to fear of demons who are cowards.” St. Therese of Lisieux

Saints Who Suffered from Anxiety

St. Therese of Lisieux was a Carmelite nun. Her entire life’s mission was to serve God. She suffered from scrupulosity, in other words, obsessive compulsive disorder. This disorder was not abnormal among people of great faith. They believed that things that were not sin, were sin. These fears consumed their minds so much that they had to seek affirmation. In St. Therese’s case she would go to her sister, who was also a nun, or a priest for direction. But that affirmation did not last long and soon St. Therese would fall back into her anxiety. St. Therese finally overcame her scrupulosity by denying herself  from seeking affirmation. In her short life of twenty-three years, she was recognized for her wisdom and was declared as a Doctor of the Church. St. Therese is also known as the saint of little things. You can ask her intercession when suffering from anxiety. Catholics believe and benefit from the intercession of the saints even if they lived centuries ago.

1 Therefore, since we are surrounded by so great a cloud of witnesses, let us rid ourselves of every burden and sin that clings to us and persevere in running the race that lies before us

St. Padre Pio was fifteen-years old when he entered religious life and at age twenty-three was ordained a priest. He suffered with poor health and had to be separated from his religious community for several years.  Despite the struggles of physical pain, he was a miracle worker who lived a life completely dedicated to the will of God. He had the ability to bilocate, to bring healing to others and he suffered the five stigmata of Jesus. St. Padre Pio is a shining example who can give us strength when we are in the middle of dark and ugly situations. He knows what it’s like to suffer, and we can ask for his intercession in the times of great anxiety.

“Pray, hope, and don’t worry. God is merciful and will hear your prayer.” St. Padre Pio

In some cases it may take more than prayer to rid yourself of worry. Prayer will lead you to the right counselor or to a doctor who can help with anxiety. In no way am I attempting to minimize this condition; mental illness is real and should be treated professionally.

People who suffer from serious health conditions have a tendency to worry. Even if you have been given a certain amount of time to live, you can pray for a miracle. You can also be an example of grace to those who have no faith. With every breath you take, give God the glory. We touch so many souls when we are most vulnerable because we are in His hands of mercy.

Dear Lord, all the bad news of the world is in Your hands. I trust that You will guide all of us who suffer from worrying to a place of understanding. To those who have fear and doubt about the future, show them a sign of Your great love. Help us walk through this valley of darkness and shed Your holy light on us. Amen.

“The closer one approaches to God. The simpler one becomes.” St. Therese of Lisieux 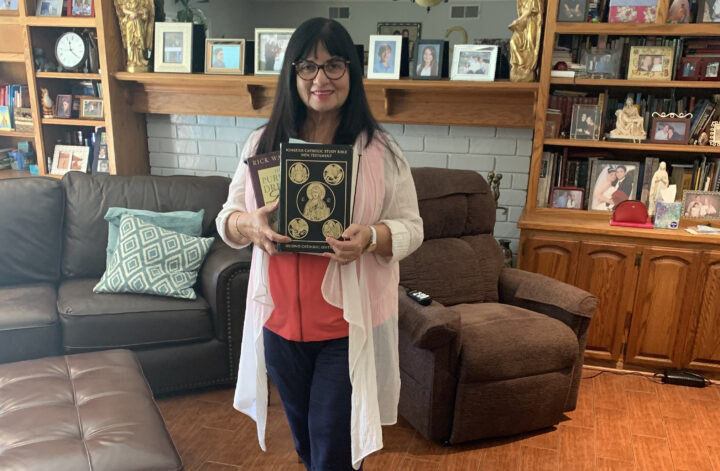 What is Your Purpose?